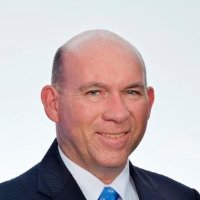 We all get dealt out different hands. My dad has overcome his life challenges and is the biggest career inspiration me.

Born to a working class family and diagnosed with type 1 diabetes at twelve, my Dad, Gary Walton, still achieved his limitless potential.

Forty-five years ago, the technology for diabetes is not what it is now.  Over his life, my Dad has had more than fifty thousand injections and an equivalent number of finger pricks to test his blood glucose. There have been occasions, he has been hospitalised, and he slips into an unconscious state.

However, even though this has been a major challenge for him, he never let it get the better of him, nor did he let it define who he was.

He finished high school, university and even landed a job at a big four accounting firm where he travelled the world. He batted well above his average when he met and married my mum. He started a family.

Then one day, he decided to follow his passions and transitioned into a health and sporting career. He was the Chief Operating Officer at the Fremantle Football Club and later the CEO of the West Australian Football Commission.

Over the years, I bump into someone who has worked for him, and they like to remind me of how much a “legend” he is and how his leadership has inspired them.

In early 2016, he decided it was time to give the football career a rest and begin a new chapter. He opened his own consulting business.

Can you believe a type 1 diabetic man can achieve all of this? The one piece of advice I would give to anybody who has diabetes or any other condition is to take a leaf out of my Dad’s book and never use your condition as an excuse to not achieve your goals.

Anything is possible. You have limitless potential within you. It’s up to you how you shape your own destiny.

Jack is an Intern with Accelus. A student at Curtin University studying a Bachelor of Arts, Mass Communication Jack is passionate about all things diversity and tapping into your limitless potential. He sees the world through a positive lens and believes that anything is possible.

Posted in Latest, Unlocking your potential